Established in 1995, Ningbo Zhenhai Silver-Ball Bearing Co., Ltd. is a specialized manufacturer of high precision bearing with our registered brand of NZSB.After 20 years’ development,NZSB has become one of the largest bearing manufacturers in terms of the highest quality and scale in China.NZSB bearings are widely used in air-conditioner motors,vacuum cleaner motor,various household appliance,automobile,low noise motors, electric tools,industrial motors,telecommunication devices,textile industry etc. The annual capacity is more than 400 million sets.NZSB has two manufactu rring facilities in Ningbo, one in Anhui and seven domestic sales offices,one exporting office and one R&D center.NZSB bearings exported to more than 100 countries and regions including Europe,USA, Australia,Middle East,East Asia etc. NZSB committed to utilizing the advanced manufacturer technologies to produce the highest quality bearings needed for our customers.Our manuf acturing facilities that are carefully monitored utilizing in-line statistical process controls and complying with ISO9001:2008 and TS16949:2009 standard.The precision and life of NZSB bearing is greatly improved.NZSB is ISO14001:2004 certified and all the material NZSB use are complying with European Union RoHS requirement,dedicating in protecting natural resources and lightening environmental burden.NZSB bearings become to the preferred products to replace import one on the domestic market.

In September 1995：company’s predecessor, Silver-Ball Bearing Factory was established; the nature of the company is private

In October 1995: it became the first domestic company that successfully developed high-speed bearings for vacuum cleaners

In August 2006：it passed the ISO1400:2004 environmental management system certification

In May 2008:was named "Zhejiang Green Enterprise"

In January 2009:it passed the EIR of the current situation assessment of the Silver-Ball Bearing construction project

In March 2009:it was approved as "Zhejiang Integrity Enterprise"

In July 2009:developed bearings for spinning machine and entered the textile industry

In September 2009:it became a strategic partner of Panasonic Automotive Motor Business

In February 2012:Bearings of “NZSB” were rated as Ningbo famous brand products

it was rated as a three-level safety standardization enterprise

In November 2012:it was recognized as "Ningbo Science and Technology Enterprise"

In December 2012:it was recognized as "Ningbo Credit Management Demonstration Unit"

In October 2013:it was awarded the honorable title of "national high-tech enterprise"

In February 2014:“NZSB” became a famous trademark in Zhejiang Province

In October 2015:Set up a provincial bearing R&D center

In January 2017:it was rated as an advanced unit of public security in Ningbo

In May 2017:signed a strategic partnership agreement with Nidec, the world's number one motor manufacturer, and became a strategic priority supplier

In February 2018:The EIR of the annual production of 30 million sets of automobile brake bearings production technology transformation project of Silver-Ball Bearing passed

In November 2018:the EIR of the technical transformation project of annual production of 50 million sets of silent bearing production line of was submitted and approved

The enterprise has a total of 70 patents, including 4 patents for invention, 64 utility patents, and 2 design patents.

The enterprise has a total of 70 patents, including 4 patents for invention, 64 utility patents, and 2 design patents. 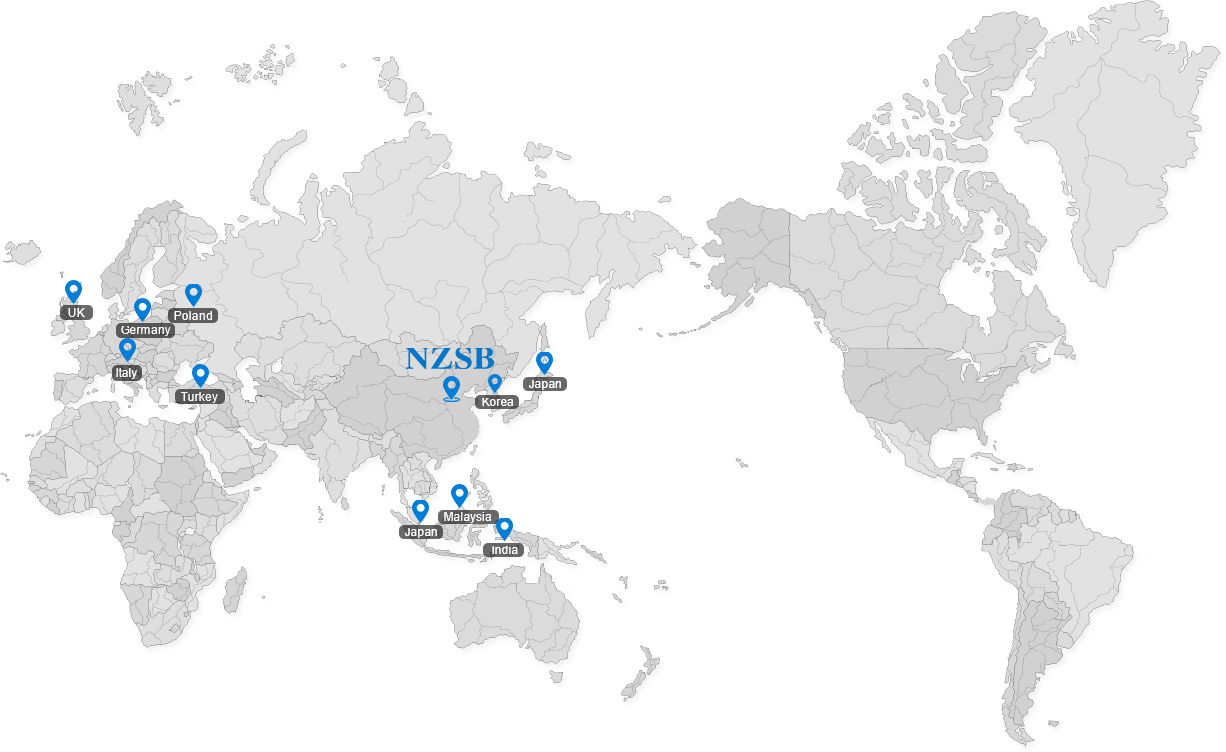 Based on quality and credibility, we will continue to innovate and develop steadily, vary according to demand, pursue of excellence and build core competitiveness.